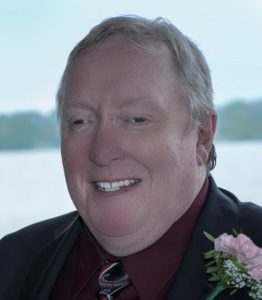 Dave Perry is the previous owner of The Vocal Studio in Oshawa a very successful vocal instruction school.  He has come out of retirement to become a partner at North Shore Music on Hay Bay in Greater Napanee, Ontario with Dave Curran.

Dave has been a professional musician since 1971.  He got his first set of drums in 1968 and played drums and sang.  In 1975 he became a front man of various bands until retiring from the band circuit in 1985.

Dave started teaching vocals in 1982 and retired when he moved to Greater Napanee.  Dave missed the music and helping others so he decided to come out of retirement.

Dave has assisted recording artists and students with their song writing, vocal arrangements, and production in the recording studio.

He has written music (and played) for television and radio commercials.  Dave has done voice overs for commercials as well, including character voices.

Dave Perry lived in Oshawa most of his life but moved to the Kingston area a few years ago.  He is now teaching, coaching, and mentoring locally at his new location North Shore Music located on the north shore of Hay Bay in Napanee, Ontario.  You can take advantage of Dave’s experience and expertise to improve your vocal performance, song writing, or fine tuning your band’s performance.

Dave is offering both private and group vocals at this new location.  He will also be offering online voice coaching.

Over the years Dave has enjoyed watching students succeed in their musical endeavors.  He has also had the pleasure of working with some of the finest musicians in the country.

Two Locations to Serve You

Groups and Bands
The North Shore Music Loft located on the north shore of Hay Bay in Greater Napanee, Ontario.